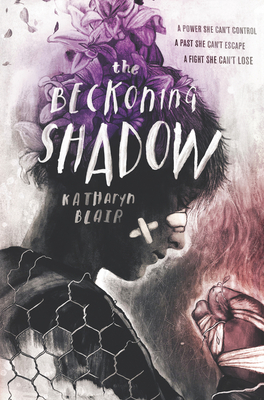 From debut author Katharyn Blair comes a heart-stopping fantasy novel, perfect for fans of Cassandra Clare and The Young Elites, about a teenage runaway who enters a dangerous tournament with an impossible prize.

Vesper Montgomery can summon your worst fear and turn it into a reality—but she’s learned the hard way that it’s an addicting and dangerous power. One wrong move and you could hurt someone you love.

But when she earns a spot in the Tournament of the Unraveling, where competitors battle it out for a chance to rewrite the past, Vesper finally has a shot to reverse the mistakes that have changed her forever.

She turns to Sam Hardy, a former MMA fighter who’s also carrying a tragedy he desperately wants to undo. However, helping heal Sam’s heart will mean breaking her own, and the competition forces her to master her powers—powers she has been terrified of since they destroyed her life.

Katharyn Blair is a novelist and screenwriter. She graduated with her MFA in 2015 and is finishing her MA in literature. She’s been a social media coordinator for several films at 20th Century Fox, an intern at her city’s Parks and Recreation Department, a gymnastics coach, and, most recently, a writing professor at Azusa Pacific University. She lives outside of Los Angeles with her family. The Beckoning Shadow is her debut novel.

“This story of magic, hope, death, friendship, and family...offer[s] a taste of the mystical, a great voice and dialogue, and well-written questions that address teen angst.” — School Library Journal

“Blair provides plenty of action, twists, and duplicity as the story unfolds, incorporating a complicated romance and even discussion of religion along the way.” — ALA Booklist

“Part fantasy, part battle royale, this gripping novel builds on the well-loved trope of mutant outcasts with unexplained powers but adds a worthy gladiatorial spin.” — Bulletin of the Center for Children’s Books

“The Beckoning Shadow is a fast-paced, exciting debut with an awesome girl protagonist! I rooted for Vesper as she smashed her way through this vividly imagined story, and was left hoping for more!” — S.J. Kincaid, New York Times bestselling author of The Diabolic

“An absolutely riveting, supercharged story set against a world of secretive and thoroughly badass magic-wielders. I adored Vesper for her toughness and vulnerable heart—I dare you not to fall for her, too.” — Lana Popoviç, author of Fierce like a Firestorm