A Conspiracy of Stars (Hardcover) 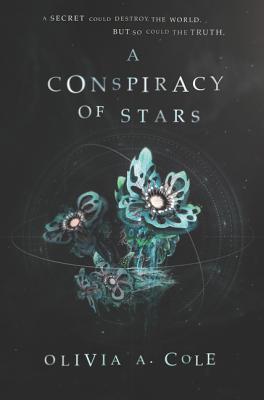 A Conspiracy of Stars (Hardcover)

By Olivia A. Cole

Enter the vivid and cinematic world of Faloiv in the first book of this dazzling YA sci-fi/fantasy series, perfect for fans of Carve the Mark, Red Rising, and These Broken Stars.

Octavia has always dreamed of becoming a whitecoat, one of the prestigious N’Terra scientists who study the natural wonders of Faloiv. So when the once-secretive labs are suddenly opened to students, she leaps at the chance to see what happens behind their closed doors.

However, she quickly discovers that all is not what it seems on Faloiv, and the experiments the whitecoats have been doing run the risk of upsetting the humans’ fragile peace with the Faloii, Faloiv’s indigenous people.

As secret after disturbing secret comes to light, Octavia finds herself on a collision course with the charismatic and extremist new leader of N’Terra’s ruling council. But by uncovering the mysteries behind the history she’s been taught, the science she’s lived by, and the truth about her family, she threatens to be the catalyst for an all-out war.

Olivia A. Cole is an author, a blogger, and a poet. Her books include A Conspiracy of Stars and Panther in the Hive and its sequel, The Rooster’s Garden. Olivia was born in Louisville, Kentucky, and wandered to Chicago and Miami before going back home. You can visit her online at www.oliviaacole.com.

“A Conspiracy of Stars takes you on a thrilling journey filled with cool science, amazing monsters, and vivid, lovable characters. It strikes that perfect balance of great storytelling and hard truthtelling. Jump in and enjoy the ride!” — Daniel José Older, New York Times bestselling author of Shadowshaper

“Olivia A. Cole constructs a future world that is both fascinating and terrifying, hooking you immediately. Octavia’s mission unearths painful truths about the relationships between power, responsibility, and indigenous sovereignty. This book grabs your heart and will haunt you long after. A must-read!” — Dhonielle Clayton, author of The Belles and the Tiny Pretty Things series

★ “This fantastical read is home to exceptional world building that is intricate and lush, and vivid, well drawn characters. Its sci-fi elements…plunge readers into a mysterious, futuristic world that they will be reluctant to leave. A stellar, captivating start.” — Booklist (starred review)

“In a time when books are so often drawn into series, this installment leaves you begging for more. A great science fiction/fantasy addition to any library collection.” — School Library Journal

“This fascinating work of science fiction explores the interactions between humans and aliens, with humans as the aggressors, prone to violence with a short-sighted ‘humans first’ mentality that does not bode well for their continued existence on their host planet. Impressive worldbuilding, well-developed characters, and nonstop action.” — Voice of Youth Advocates (VOYA)

“Heart rates of readers will rise as Cole methodically weaves answers into the story, all the while throwing more questions into the mix.“ — Bulletin of the Center for Children’s Books