Love On My Mind (Mass Market) 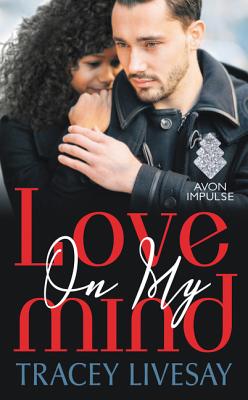 Love On My Mind (Mass Market)

Tracey Livesay makes her Avon Impulse debut with a sparkling and sexy novel about a woman who will do anything to fulfill her dreams… but discovers that even the best laid plans can fail when love gets in the way.

Successful PR executive Chelsea Grant is one assignment away from making partner at her firm and nothing will stand in her way. Her big break? Turn a reclusive computer genius into a media darling in time for his new product launch. He may have been dubbed the "sexiest geek alive" but he has no patience for the press—and it shows. Piece of cake, right? Only problem is… his company doesn’t want him to know they hired her.

After a disastrous product launch two years ago, tech CEO Adam Bennett knows the success of his new device depends on the media’s support. When a twist of fate brings the beautiful PR specialist to his door, Adam hires Chelsea to help turn his image around. Their attraction is undeniable and the more time they spend together, the harder it becomes to keep things professional.

But when Adam discovers Chelsea’s deception, will she risk everything for her career or is love the real thing on her mind?

A former criminal defense attorney, TRACEY LIVESAY finds crafting believable happily ever afters slightly more challenging than protecting our constitutional rights, but she's never regretted following her heart instead of her law degree. She has been featured in Entertainment Weekly, the Washington Post, and CBS This Morning. Tracey lives in Virginia with her husband-who she met on the very first day of law school--and their three children.