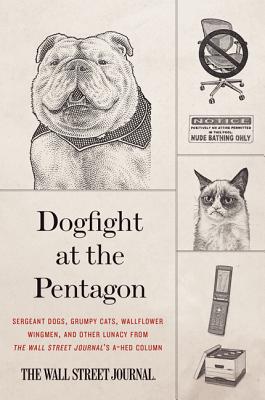 includes the essay “The Endless Game of Tag”, the inspiration for the major motion picture Tag

A delightful collection of the wild, the weird, and the wonderful culled from the Wall Street Journal’s popular, and long-standing A-hed column.

One of the Wall Street Journal’s most popular features for more than seventy years, the daily A-hed column—named for a headline that looked like a letter A—has diverted readers from the more glum news of war, economic woe, natural disasters, and manmade malfeasance. Covering a wide range of lunacy and the unusual from across the nation and the world, the A-hed continues to enchant longtime readers.

Now, the best A-hed stories from recent years have been bundled into this delightful collection. There are romantic tales, including the Japanese “infidelity phone” (it keeps trysts secret) and the story of “wingmen” and “wingwomen” who escort wallflowers to nightspots and maneuver them into the arms of prospective catches. Lovers of dogs, cats, and fish will learn how a Marine Corps bulldog got promoted to sergeant, how a grumpy cat acquired a Hollywood agent, and will be left wondering if a 63-pound carp named Benson died naturally in England or was the victim of foul play. From pantyhose (or mantyhose) for men to a campaign to recruit youthful nudists, a hairdo archeologist to five escaped wallabies and hippies smoking catnip, these stories will make readers laugh and keep them entertained.

The Wall Street Journal is the largest newspaper in the United States by circulation, and is considered the gold standard of journalism. It has been running the A-Hed column for more than seventy years.