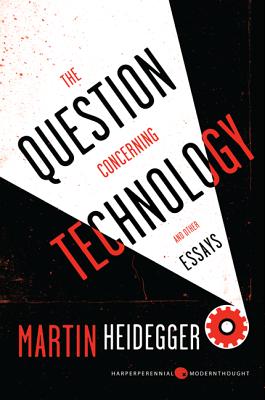 As relevant now as ever before, this accessible collection is an essential landmark in the philosophy of science from "one of the most profound thinkers of the twentieth century" (New York Times).

The advent of machine technology has given rise to some of the deepest problems of modern thought. Featuring the celebrated essay "The Question Concerning Technology," this prescient volume contains Martin Heidegger's groundbreaking investigation into the pervasive "enframing" character of our understanding of ourselves and the world.

Martin Heidegger (1889-1976) was born in Baden-Württemberg, Germany. He studied at the University of Freiburg and became a professor at the University of Marburg in 1932. After publishing his his magnum opus, Being and Time (1927), he returned to Freiburg to assume the chair of philosophy upon Husserl's retirement.

“Among the most influential philosophers of modern times” — Newsweek

“Possibly the greatest Western philosopher since Hegel.” — The Guardian