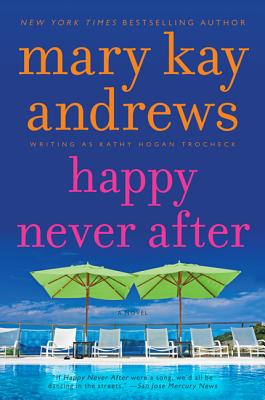 This is book number 4 in the Callahan Garrity series.

“Callahan and her cohort of continuing characters...are great company...If Happy Never After were a song, we’d be dancing in the streets.” — San Jose Mercury News

In the fourth installment of Andrews’s acclaimed series about Callahan Garrity, Atlanta’s most inquisitive cleaning lady, she sets out to prove the innocence of a rock idol of her childhood.

Callahan Garrity is a former Atlanta cop, a part-time sleuth and full-time owner of House Mouse, a cleaning service that tidies up after Atlanta’s elite. She and her coterie of devoted helpers can ransack a house for clues faster than it takes a fingerprint to set.

Callahan needs all the help she can get trying to keep Rita Fontaine, a washed-up 1960s teenage rock star, out of jail. It’s nothing less than murder when Stu Hightower, the vain, temperamental president of a thriving Atlanta recording company, is found dead in the designer den of his posh home. His only companions are the slug in his heart and Rita, dead-drunk and looking guilty. Callahan believes in Rita’s innocence because, after all, Hightower had made more enemies than records in his career. But discovering who hated him enough to kill him could send her floating down a river of lost dreams without a paddle.

Mary Kay Andrews is the New York Times bestselling author of 24 novels, most recently The Weekenders, as well as 10 critically acclaimed mysteries. A former reporter for the Atlanta Journal-Constitution, she lives in Atlanta, Georgia.

“Callahan and her cohort of continuing characters...are great company...If Happy Never After were a song, we’d be dancing in the streets.” — San Jose Mercury News