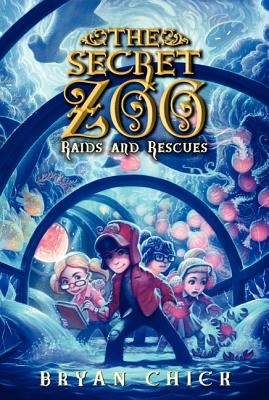 This is book number 5 in the Secret Zoo series.

The fifth book in the fast-paced and imaginative series about four adventurous friends and the secret world hidden in their local zoo.

Ella, Noah, Richie, and Megan are in trouble—and so is the Secret Zoo! A captivating series for tween readers praised as "action packed and breathless" by Publishers Weekly, and "a fast-paced mix of mystery and fantasy" by School Library Journal.

The Secret Zoo is an incredible world hidden beneath the regular Clarksville Zoo, where animals and humans peacefully coexist as equals. It is full of marvels. But even in the Secret Zoo, there are dangers . . . and forbidden places. When the scouts' friends are held in the off-limits sector—a never-ending maze of aquariums—Noah, Megan, Richie, and Ella must be at their most courageous. This page-turning mystery and adventure is perfect for reluctant readers!