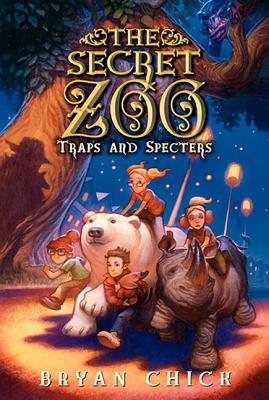 This is book number 4 in the Secret Zoo series.

The fourth book in the action-packed and highly imaginative The Secret Zoo series, about a group of middle school friends who discover a hidden zoo in their very own neighborhood!

On Halloween night, Noah and his friends must battle terrifying sasquatches that have attacked their own elementary school. Little do they know the sasquatches are a trap! When DeGraff captures three of Noah's friends, can the kids ally with their rivals in order to save every person and animal in the zoo—all while dodging the town's police?

An entertaining and fast-moving series that's perfect for reluctant readers and will appeal to fans of Dan Gutman, Michael Buckley, and Andrew Clements. School Library Journal said, "Fans of fantasy, animal fiction, and adventure will enjoy this fast-moving story."