After I'm Gone: A Novel (Hardcover) 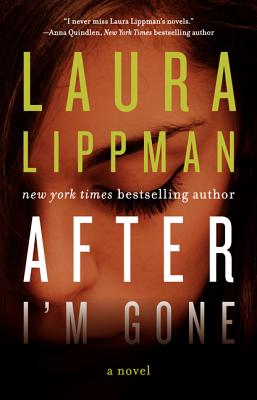 After I'm Gone: A Novel (Hardcover)

“In 2012, retired detective Sandy Sanchez opens the cold case file on the murder of Julie Saxony. Julie was the mistress of the wealthy, unscrupulous businessman Felix Brewer, who ran away to escape a prison sentence in 1976. Julie disappeared 10 years later and her decomposed body was found in 2001. Sandy's investigation reveals suspicious facts about Felix's wife, Bambi, their three daughters, and the family and friends of the murder victim. Chapters alternate between past and present to uncover startling revelations about the power of money, friendship, loyalty, love, trust, and truth in this latest from the award-winning Lippman.”
— Diana Randolph, Redbery Books, Cable, WI

Laura Lippman, the acclaimed New York Times bestselling author of The Most Dangerous Thing, I’d Know You Anywhere, and What the Dead Know, returns with an addictive story that explores how one man’s disappearance echoes through the lives of the wife, mistress, and daughters he left behind.

When Felix Brewer meets Bernadette “Bambi” Gottschalk at a Valentine’s Dance in 1959, he charms her with wild promises, some of which he actually keeps. Thanks to his lucrative—if not all legal—businesses, she and their three little girls live in luxury. But on the Fourth of July, 1976, Bambi’s comfortable world implodes when Felix, newly convicted and facing prison, mysteriously vanishes.

Though Bambi has no idea where her husband—or his money—might be, she suspects one woman does: his mistress, Julie. When Julie disappears ten years to the day that Felix went on the lam, everyone assumes she’s left to join her old lover—until her remains are eventually found.

Now, twenty-six years after Julie went missing, Roberto “Sandy” Sanchez, a retired Baltimore detective working cold cases for some extra cash, is investigating her murder. What he discovers is a tangled web stretching over three decades that connects five intriguing women. And at the center is the missing man Felix Brewer.

Somewhere between the secrets and lies connecting past and present, Sandy will find the truth. And when he does, no one will ever be the same.

Since Laura Lippman's debut in 1997, she has been recognized as a distinctive voice in mystery fiction and named one of the "essential" crime writers of the last 100 years. Her books have won most of the major awards in her field and been translated into more than twenty languages. She lives in Baltimore and New Orleans with her daughter.

“Despite the murder at its center, this is less a suspenseful whodunit than a masterly novel of character, with secrets skillfully and gradually revealed. Revel in the pace and pleasures of this book [...] that should add to Lippman’s literary luster.” — Library Journal (starred review)

“She’s one of the best novelists around, period.” — Washington Post

“smart and mesmerizing [...] an involving and elegant novel of the psychological ravages of crime” — Booklist

“Lippman is as skillful at plot as she is at characters and setting, and the twists in the novel’s final pages are both surprising and satisfying. [...] Like everything else Lippman has written, “After I’m Gone” transcends the limits of genre.” — Washington Post

“In this edge-of-your seat tale, a man’s disappearance has unexpected consequences for the women he’s left behind.” — O, the Oprah Magazine

“Lippman is one of the deftest hands at whodunit around, and the great characters make for an engaging read.” — Dallas Morning News