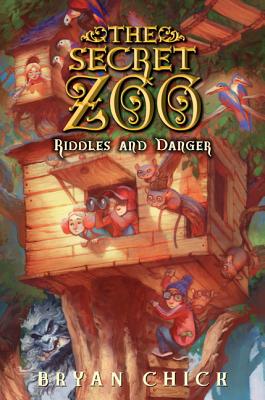 This is book number 3 in the Secret Zoo series.

Book three in this fast-paced and exciting series for middle grade fantasy, mystery, and animal buffs.

Noah, Megan, Richie, and Ella are the Action Scouts; friends whose tree house overlooks the Clarksville City Zoo. When they discover a magical world hidden within the zoo, they are swept away on an adventure in which penguins can fly, a mysterious figure lurks in the shadows, and the scouts are enlisted to help Mr. Darby, who is in charge of the Secret Zoo.

But will the scouts be able to fight against the dangerous sasquatches who have escaped the zoo and threaten their town? There’s only one way to find out if the four friends training as Crossers can help save the Secret Zoo.