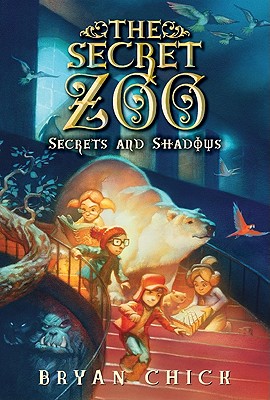 This is book number 2 in the Secret Zoo series.

Book two in this fast-paced and exciting series for middle grade fantasy, mystery, and animal buffs.

Noah and his friends thought they had seen it all during their first journey into the Secret Zoo—but it was only the beginning. Now they must train to become Crossers, members of a secret society who freely travel to the Secret Zoo and back, helping to defend its borders. But now that the monstrous sasquatches are on the loose and the evil Shadowist is plotting destruction, will Noah, Megan, Ella, and Richie have what it takes to survive?