The Food of Spain (Hardcover) 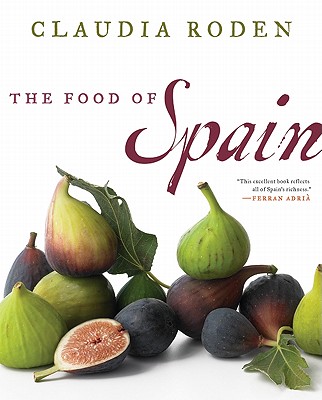 The Food of Spain (Hardcover)


Backordered
One of our foremost authorities on Mediterranean, North African, and Italian cooking, Claudia Roden brings her incomparable authenticity, vision, and immense knowledge to bear in The Food of Spain. The James Beard Award–winning author of the classic cookbooks A Book of Middle Eastern Food and A Book of Jewish Food now graces food lovers with the definitive cookbook on the Spanish cuisine, illustrated with dozens of gorgeous full-color photographs that capture the color and essence of this wonderfully vibrant nation and its diverse people, traditions, and culture.

Claudia Roden was born and brought up in Cairo. She finished her education in Paris and later studied art in London. She now lives in London. Roden writes about food with a special interest in the social and historical back-ground of cooking. Her books include The Book of Jewish Food, which won eight international awards, as well as The New Book of Middle Eastern Food, Arabesque, Coffee: A Connoisseur's Companion, The Food of Italy: Region by Region, Everything Tastes Better Outdoors, and Mediterranean Cookery. In 1989 she won Italy's two most prestigious food prizes, the Premio Orio Vergani and the Premio Maria Luigia, Duchessa di Parma. She has also won six Glenfiddich awards.

“After a series of fascinating essays on the historical forces that led to the creation of various Spanish cuisines (among others: Celts and Jews, Frenchmen, monks, peasants and royals), Roden slips into the kitchen to deliver the goods.” — Sam Sifton, New York Times Book Review