The Lunatic, the Lover, and the Poet: A Novel (Paperback) 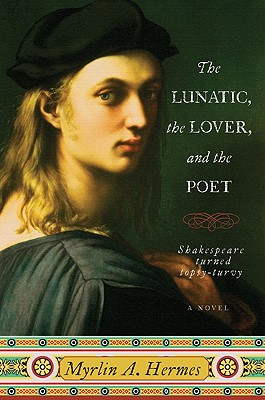 The Lunatic, the Lover, and the Poet: A Novel (Paperback)

Laced with quotes, references, and in-jokes, cross-dressing, bed-tricks, mistaken identity, and a bisexual love-triangle inspired by Shakespeare′s own sonnets, The Lunatic, the Lover, and the Poet novel upends everything you thought you knew about Hamlet. Witty, insightful, playful, and truly wise about the greatest works of the Bard, this novel is a delectable treat for people that have loved books like Stephen Greenblatt′s Will in the World and John Updike′s Gertrude and Claudius.

A Divinity scholar at Wittenberg University, Horatio prides himself on his ability to argue both sides of any intellectual debate but is himself a skeptic, never fully believing in any philosophy. That is, until he meets the outrageous, provocative, and flamboyantly beautiful Prince of Denmark, who teaches him more about both Earth and Heaven than any of his books. But Hamlet is also irrationally haunted by intimations of a tragic destiny he believes is preordained.

When a freelance translation job turns into a full-scale theatrical production, Horatio arranges for the theater-loving prince to act in the play-disguised as the heroine! This attracts the attention of Horatio′s patroness, the dark and manipulative Lady Adriana. A voracious and astute reader of both books and people, she performs her own seductions to test whether the "platonic true-love" described in his poems is truly so platonic. But when a mysterious rival poet calling himself "Will Shake-speare" begins to court both Prince Hamlet and his Dark Lady, Horatio is forced to choose between his skepticism and his love.

"A whirlwind tour of an imaginatively deconstructed version of Hamlet that would have delighted the Bard as it is sure to delight his admirers." — Charles Marowitz, renowned Shakespeare scholar, director, critic, and playwright

"There's a whole lotta shakin' goin' on in Hermes's innovative take on Shakespeare's Hamlet. A novel most wondrous strange, The Lunatic, the Lover, and the Poet, holds up a fun-house mirror to nature with wit and originality. Hilarity, thy name is Myrlin Hermes." — Marc Acito, author of How I Paid for College and Attack of the Theater People