Running for My Life: My Journey in the Game of Football and Beyond (Paperback) 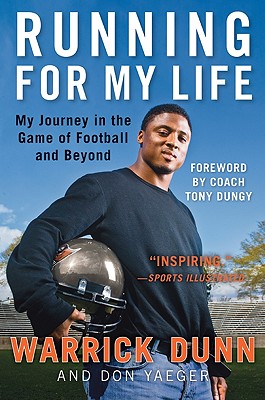 Running for My Life: My Journey in the Game of Football and Beyond (Paperback)

Pro Bowl star running back for the Tampa Bay Buccaneers and the Atlanta Falcons, Warrick Dunn tells his extraordinary story in Running for My Life, a poignant and inspirational true tale of tragedy, success, depression, denial, and ultimately, hope. One of the most gifted players in the NFL, Dunn talks about his remarkable career and accomplishments while sharing the pain of his lifelong battle with depression, a result of losing his  mother—a police officer killed while off-duty—when Dunn was 18 Thought-provoking and uplifting, Running for My Life is the story of an exceptional athlete’s secret torment and inspiring courage.