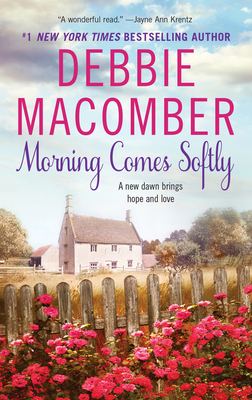 Debbie Macomber is an international bestseller whose fans the world over have fallen in love with her inspirational and heartwarming love stories.  In this classic tale of faith and trust, a shy librarian marries a Montana rancher--sight unseen!

A shy Louisiana librarian, Mary Warner fears she'll always be alone—so she answers a personals ad from a rancher in Montana. Never before has she done anything so reckless, casting the only life she knows aside to travel to a strange place and marry a man she's never met. But something about this man calls to her—and she knows this may be her very last chance at happiness.

Tragedy made Travis Thompson the guardian of three orphaned children—and determination leads him to do whatever it takes to keep the kids out of foster homes. When he decides to take a long shot on a personals ad, the results are surprising, and before he knows it, he has agreed to marry a mysterious Southern woman sight unseen.

It could be the mistake of a lifetime. But Mary Warner may be exactly what this broken family needs. And with a little faith, a little trust, and a lot of love, two lonely hearts might just discover the true meaning of miracles.

Debbie Macomber has more than 100 million copies of her books in print, and her stories about home and family have a worldwide audience and have been translated into twenty-three languages. In addition to being a #1 New York Times bestseller in fiction many times over, she also has an enormous following among knitters as the author of dozens of pattern and craft books. In 2008, she launched a branded line of knitting products through Leisure Arts, the company that publishes her knitting guides. Debbie and her husband, Wayne, have four children and nine grandchildren, and split their time between Washington State and Florida. This is Debbie’s second picture book co-authored with Mary Lou Carney; their first, The Truly Terribly Horrible Sweaer . . . That Grandma Knit, was published in 2009.