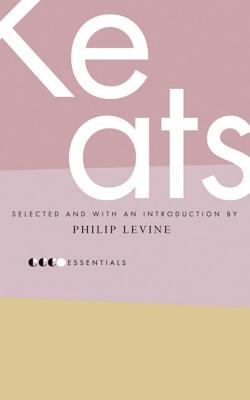 From the introduction by Philip Levine:

Walter Jackson Bate, in his biography of Keats, has writers, critics, readers, have approached Keats during the last century, on one quality in his writing they have been completely united.

They have all been won by an economy and power of phrase excelled only by Shakespeare." This poet whose greatest ambition was to he "among the English poets" is not only preeminent among those of the past, but for well over a century he has continued to be the yardstick by which those who have written poetry in our language can measure their success. He remains a wellspring to which all of us might go to refresh our belief in the value of this art.

John Keats was one of those immensely gifted nineteenth century artists whose work became widely appreciated only after his death. Despite the critics of the day and the fact that death at the tender age of twenty-six prevented him from maturing further as a poet, Keats managed to create some of the greatest lyrical poems ever written.