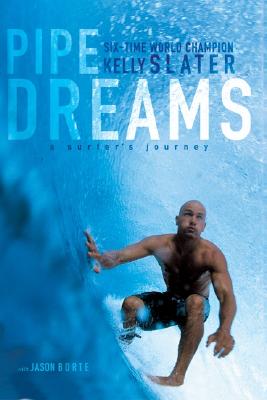 From Beach Blanket Bingo to Baywatch to Blue Crush, surfing has fascinated people for years, and Kelly Slater is the sport’s hottest star. He has won more world championships than any other competitor, and he continues to change peoples’ minds about what can and can’t be done on a surfboard. His wild ride has included fame, fortune, a stint on Baywatch, and a high-profile relationship with Pamela Anderson. Not bad for a skinny kid from a broken home in Cocoa Beach, Florida.

In Pipe Dreams, Kelly takes the reader into oceans around the world to take on thunderous walls of water and shares the outrageous stories, solemn moments, and undeniable spirit that have made him a superstar.

Kelly Slater is a world-champion surfer who came out of semi-retirement in 2002. When he has time he sings with his band, The Surfers. He owns the Kelly Slater Boardrider's Club, a clothing and surf shop in Los Angeles, where he lives.