Memories Of A Cuban Kitchen (Paperback) 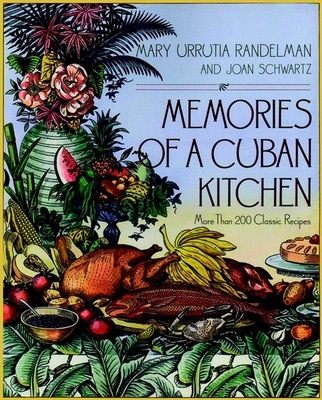 Memories Of A Cuban Kitchen (Paperback)

Filled with reminiscences and evocative halftone photos of Randelman's childhood in pre-Castro Cuba, this book presents more than 200 traditional recipes for Cuban dishes, a cuisine that lusciously combines Spanish, Indian, African, Chinese, and Portuguese influences.
Joan Schwartz has worked as an editor for the University of Chicago Press, Columbia University Press, Macmillan Publishing Company, and The Free Press. An avid reader, writer, and cook, she is the coauthor of many cookbooks. Schwartz graduated from Rutgers University and received an M.A. from the University of Chicago.